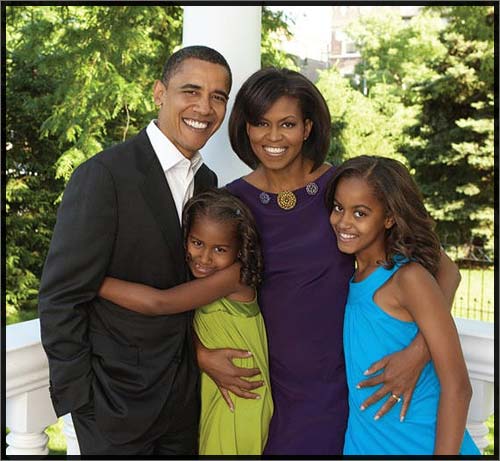 Are the choices that black mother’s make–such as working outside the home–different from white mothers? It depends who you ask.

Last week Bonnie Erbe, U.S. News & World Report contributing editor, in response to a Mother’s Day editorial published by Melissa Harris-Lacewell in the Sacramento Bee, ignited another battle in the never-ending mommy wars. What’s different about this recent war of words and ideals about whether motherhood or career should come first is that unlike in the past, the woman at the center of the controversy is a black woman-Michelle Obama.

Mrs. Obama first caught heat from feminists when she declared last fall that her primary role as first lady was going to be “Mom-in-Chief.” Some wanted her, a Princeton-trained lawyer who gave up a high-powered job to campaign for her husband and care for her kids, to carve out more of a leadership role.

Black Mother’s More Likely to Work than Other Women

But as Harris-Lacewell argues in her piece, as a black woman, the first lady has made a revolutionary choice and is “subverting” negative stereotypes of black women as bad mothers. She also rightly points out that unlike white, middle-class women, most black mothers never had the luxury of choosing whether to stay home or seek employment.

Economics necessitate that black women work to provide for their families. Indeed, as census figures (PDF) show, black women are more likely than any other group of women to be part of the labor force. This has been the case for quite some time as black women’s labor was exploited during slavery, and after emancipation they largely joined the ranks of agricultural and domestic workers.

Feminists have long been criticized for the lack of interest in and understanding of issues affecting black and other women of color. Erbe’s response is a good example why. Erbe, whose PBS show To The Contrary features diverse women’s viewpoints (I’m a fan), disagrees with the argument that white and black women have historically had different options when it comes to focusing on domestic life or joining the work force.

Erbe counters with the example of her maternal grandmother who went to work after divorcing her grandfather. She “worked her way up to become one of the first female directors” of a New York City department store’s art department in the 1930’s.  True, as Erbe points out, this was during a time that many white women stayed home. Yet Erbe fails to mention that these types of jobs, let alone opportunities for advancement, didn’t even exist for black women during that period.

In contrast, as sociologist Patricia Hill Collins describes in Black Feminist Thought, in New York City in the 1930’s, black women, facing limited options for employment, joined the “Bronx Slave Market,” where they would line up, much like Latino day laborers today, and “wait for employers to offer them day work.”

Still, despite their long-standing participation in the labor force and educational attainment, black women get paid less, are often assigned menial tasks compared to their counterparts and often find themselves in hostile work environments. The reality is that Michelle Obama’s “mom-in chief” makeover is no different than the shifting that black women have to do everyday to make whites more comfortable with our presence. Being black and female is still loaded with stereotypes that demean and devalue black women.

Erbe misses the fact that the stereotype that Mrs. Obama has to fight more than being a “career woman” is the one that paints black women as angry, emasculating and overbearing. But in arguing that Michelle Obama “is the one” to make America more comfortable with a career woman as opposed to the traditional “non-threatening first lady,” she is in fact buying into the stereotype of black women being unfeminine workhorses. Bonnie Thorton Dill, a professor at the University of Maryland, describes in Women of Color in U.S. Society, after slavery, black women “who were wives and daughters of able-bodied men withdrew from field labor to focus on “domestic duties in their own homes.” But they “were severely criticized by whites for aspiring to a model of womanhood that was inappropriate to them.”

Some Black Mothers Can Now Choose to Stay Home

Today, with the rise in support groups like Mocha Moms, there are a growing number of black women choosing not to work full-time so they can focus on their families. It’s a choice I believe more of us would make if we could afford to. Just last week, I met a group of young black women stay-at-home-moms who are also home schooling their children. But that’s a small minority. Black mothers, single or married, more often have to work because they’re wages and the wages of their partners usually isn’t enough. This is increasingly becoming the reality for women of all races.

As a mother, the first lady not only needs to be there to care for her kids who are still young and dealing with an incredible amount of change and adjustment. But the fact is Michelle is raising black girls who like other black girls, need to be “armored” against the sexism and racism that despite their status as “first kids” they will likely encounter at some point in their lives. It was just last week that the Washington Times paired a picture of the Obama girls with a story about schoolchildren being killed in Chicago-as if the girls and those that had unfortunately lost their lives were interchangeable. Can anyone remember seeing such a “mistake” with Chelsea Clinton or the Bush twins?

The idea that Michelle Obama should keep pursing her career or be more vocal on policy issues while making motherhood secondary is where some feminists are just plain wrong. It’s hard enough for women to balance work and family, but as first lady, Michelle is not only balancing childrearing and the full-time, unpaid job of being the president’s wife, but bearing the burden of having her every move watched and dissected. But Michelle seems to have found her balance. That’s an accomplishment we should all celebrate.

Related Discussions on the Blogosphere:

Memo to the World: Black Mothers Matter Too! on Momlogic