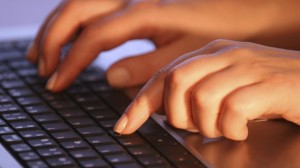 In the coming days the FCC’s national broadband plan will no doubt be intensely scrutinized by the multitude of players vying to influence the government’s new media and telecommunications agenda.  As the expected debate over government involvement and private interests ensues, the focus must remain on the needs of Americans who are disadvantaged by a lack of broadband services.

In a world increasingly dependent on fast and reliable access to the Internet, broadband creates and facilitates opportunities to enhance nearly every aspect of our daily lives. From education to jobs, life-saving health information to new business tools and ever expanding avenues for civic engagement and political participation, broadband is the enabling technology.

Whether its enabling small businesses to operate with low overhead, helping an unemployed worker train online for a new career or allowing families and friends to stay connected or locate missing relatives after natural disasters, the economic, social and humanitarian implications of broadband access are far and wide.

But the fact remains that too many of our fellow Americans have yet to realize the benefits of broadband. This is especially true for  minorities, seniors, people with disabilities and low-income, tribal and rural communities. Sixty-five percent of Americans have a broadband connection at home but among African Americans its only 59 percent and Hispanics, 49 percent. The disparities are wider across age, income and education. For example, among households with an annual income of $20,000 or less, fewer than 40 percent have a broadband connection compared to 91 percent of households with an income of more than $75,000 a year.

As highlighted in a recent report by the Joint Center for Political and Economic Studies, populations that have historically endured social and economic hardships could reap the greatest benefits from broadband. Yet they are most often without access to this increasingly essential service.