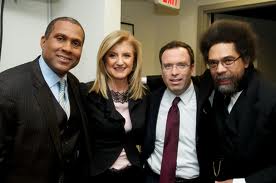 So often in our public discourse the plight of the poor is subsumed within the needs of the middle class (i.e., “a rising tide lifts all boats”) or all together ignored. While this familiar narrative unfolded during Tavis Smiley’s America’s Next Chapter forum (I’ll return to this point later), it was refreshing to hear the conversation begin with a focus on America’s forgotten class.

Related side note from New York Times Columnist Charles Blow: “President Obama made history on Tuesday. It was only the second time since Harry S. Truman’s State of the Union address in 1948 that such a speech by a Democratic president did not include a single mention of poverty or the plight of the poor.” from Hard-Knock (Hardly Acknowledged) Life, Jan 28

As one of eight “official” bloggers for the forum that aired on CSPAN and PBS a few weeks ago, I served as a moderator of the online discussion during the live CSPAN broadcast. Cornel West, PhD launched the discussion by calling attention to America’s poor and working class. In response to Tavis’ question about America returning to its greatness, Dr. West stated that “greatness has to do with how are your poor and working people doing.” West observed that America’s poor are not doing well in an era of downward mobility, excessive military spending and Wall Street greed. “With the military budget being 50% of the U.S. budget—which means there is no wiggle room to even deal with the situation of working and poor people often times in our the debate about the budget,” West said.

America’s Next Chapter was promoted as a different type of dialogue about the issues facing the nation. The visual of Cornel West flanked by CNBC’s Maria Bartiromo on one side and conservative David Frum on the other was indicative of the diversity of voices on the panel. Yet during the course of the conversation, I as well as others on Facebook and Twitter noted the absence of an African American woman on the panel left an important perspective out of the conversation.

“I don’t think there is a contradiction at all,” Huffington responded. “The middle class are the new poor. They have been added to the chronic poor.”

While I initially thought Huffington was running around the issue and once again placing the focus only on the middle class, I see the value in framing the concerns of the poor and middle class more broadly as concerns of working people in general. This exchange however, highlights the difficulty that some politicos and media personalities have with addressing the needs of the truly disadvantaged.

The inability to speak effectively about these issues may also be attributed to the lack of firsthand experience with them. All too often those most affected by poverty are not given a voice in national debates. And then there is the success that conservatives have enjoyed in painting those at the bottom rung of society as lazy and living off of government programs.

But as more middle class Americans join the chronic poor as a result of the current economic crisis, the reality that we can all very well find ourselves in the unemployment line should be a wake up call that there is more that unites than divides us. I’d welcome a follow-up conversation that focuses on how we can all work toward a common agenda without negating the necessity of solutions that target the unique challenges facing America’s poor and working class.