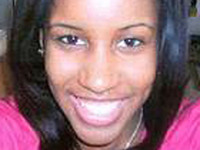 Why aren’t national media covering the story of missing 17-year old Phylicia Barnes? Barnes, a  straight-A student from Monroe, North Carolina, disappeared while visiting relatives in Baltimore in late December. Local authorities suspect foul play. They also suspect that the lack of media coverage of Barnes’ disappearance is largely due to race. Racial disparities in media coverage of missing persons has been an ongoing conversation for years, but thanks to social media, the disparate treatment of white and nonwhite missing girls by mainstream media outlets seems to be getting more attention.

Unfortunately, recognizing the disparity hasn’t resulted in much change in mainstream media coverage of missing children. And I say children here because if we analyze media stories on missing, we’d likely find a disparity in race and gender. But returning to the issue of race and Barnes’ dissapearance, CNN’s Don Lemon covered the story after learning about it on social media. Yesterday, Michelle Martin, host of npr’s Tell Me More mentioned Lemon’s story as well as the lack of media attention on Barnes’ case. Martin aptly titled the segment ‘Missing Girls Shouldn’t Be Missing From The Media’. Here’s a little of what she had to say:

So why isn’t her disappearance a bigger deal? She’s pretty; that shouldn’t matter, but apparently it does when it comes to media coverage of missing persons. And she’s African-American, and that shouldn’t matter, but it apparently does, too. CNN’s Don Lemon covered this story and wrote about it on the CNN blog. He said he had heard about Phylicia Barnes’ disappearance on social media while he was on vacation and friends and others started asking why the authorities are not getting more help from the news media in spreading the word. The Baltimore police, interestingly enough, are among those raising the question of whether Phylicia’s race has something to do with the lack of urgency with which her disappearance has been treated by the media.

Martin also points out that ‘black children account for 34 to 42 percent of all missing people under the age of 18’. What can one conclude from the lack of interest in black children that go missing? Are their lives less important than the mostly white and attractive faces that garner wall-to-wall coverage? The answer is obviously ‘no’. But without black media personalities and the black digerati calling out these disparities, its likely that Barnes’ story and that of so many other black children that have gone missing would never be told.

Update: Sad news, on April 21 Maryland State Police announced at a news conference that Phylicia Barnes’ body was found in the Susquehanna River.