My Black History Month post for PBS.org is now up. Here’s an excerpt: 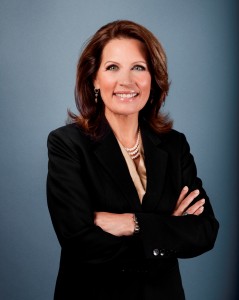 Congresswoman Michele Bachmann (R-MN) sas U.S. was always a resting place for people of all colors

It was two years ago at a Black History Month celebration that Attorney General Eric Holder observed that we live in a “nation of cowards” unwilling to have an honest conversation about race. Holder’s remarks sparked a firestorm of criticism from conservatives who felt his comments painted America in a negative light. But was Holder right?

In recent months, we have been reminded that American history is all too often the subject of revisionist interpretations that whitewash the nation’s past to score political points. These insults on our historical consciousness are far too easy to cite.

Take for instance a January speech by Congresswoman Michele Bachmann (R-MN) to Iowans for Tax Relief, during which she declared that America was always a resting place for people of all colors. “It didn’t matter the color of their skin, it didn’t matter their language, it didn’t matter their economic status,” she said. Ignoring the plight of black slaves who first arrived in 1619 — more than 100 years prior to the founding of America — and the enduring fight for racial justice, Bachmann went on to say that the nation’s founding fathers were ardent abolitionists.