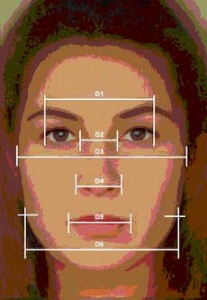 Photo Published with Original Article - Why Black Women Rated Less Physically Attractive Than Other Women, But Black Men Are Rated Better Looking Than Other Men?

The twitterverse and blogosphere are buzzing over Psychology Today’s publication of a pseudo-scientific article that reports black women are “objectively” less attractive than women of other races (the article has been taken down but can be found here). Satoshi Kanazawa, an evolutionary biologist claims to have found “significant” racial differences in the ratings of female attractiveness.

But with just a cursory look at this study, it’s clear the research that Kanazawa presents is so seriously flawed that it makes sense he’d post it on a pop psychology blog titled The Scientific Fundamentalist. The title of the blog alone speaks volumes. As a “scientific fundamentalist”, Kanazawa appears to adhere to a type of science that has long been discredited. Kanazawa’s article harkens back to eugenics and the role psychology and other sciences played in advancing an ideology of black inferiority.

Thus its no surprise that Kanazawa provides no details that would allow for a full critical analysis and replication of his study. Replication is a key aspect of scientific inquiry. Its how researchers are held accountable and findings verified before they are accepted as valid. So when this information is withheld, one wonders about the objective of the research. For example, was it designed to push a set of predetermined ideas?

But if Kanazawa thought avoiding a peer-review journal would allow him to escape scrutiny while he pushed his brand of scientific racism, discerning readers on the web quickly mobilized to call attention to the flaws in a study which only purpose seems to be to “prove” that black women are less attractive. One can’t help but to wonder whether Kanazawa was trying to insert himself in the discussion that many blacks are having about “why black women are single”. I have personally steered clear of these discussions because I think the framing of the question suggests that there is something wrong with black women. But I mention this as way to introduce the title of Kanazawa’s article:

Why Are Black Women Rated Less Physically Attractive Than Other Women, But Black Men Are Rated Better Looking Than Other Men?

So with this question, Kanazawa set out to prove his theory of black female undesirability. He begins:

There are marked race differences in physical attractiveness among women, but not among men. Why?

Note, there is no mention here or anywhere else in the article what “Add Health” is or the characteristics of the respondents or the interviewers. How many people participated in the study? These are fundamental questions. The data collection procedures (e.g., how were these people recruited) and the sample characteristics (demographics, etc) are an indicator of the results one is likely to find. Then Kanazawa states that physical attractiveness is measured objectively. How do you measure physical attractiveness objectively? Physical attractiveness is a subjective concept that is influenced by a number of factors including personal preferences and culture. Providing a rating scale for a subjective concept does not make the measure objective.

From these three scores, I can compute the latent “physical attractiveness factor” by a statistical procedure called factor analysis.  Factor analysis has the added advantage of eliminating all random measurement errors that are inherent in any scientific measurement.  The latent physical attractiveness factor has a mean of 0 and a standard deviation of 1.

I just spent a semester focusing on factor analysis, so this great. I’m no expert here, but factor analysis, like all other types of statistical procedures, does not eliminate all random measurement error. Any good scientist would not suggest that all measurement error has been removed. There is always a possibility of error, for example the way questions are worded can lead respondents to answer in a particular way. Also, Kanazawa does not mention whether he used exploratory factor analysis or confirmatory factory analysis, the latter being more rigorous. The bottom line: there is always error present. Science is not infallible. And in this case, from the information presented, there are enough errors to make the findings from this study questionable.

Kanazawa, in his search for a reason why black women are less desirable, after ruling out weight and “race differences in intelligence”, concludes that its because blacks have higher testosterone levels. Thus, black women, according to Kanazawa are more masculine. Haven’t we heard this somewhere before? Isn’t this notion the very thing Sojourner Truth protested against when she declared “Aint I a woman?”

Kanazawa and his ilk offer no context or history for understanding the perceived differences in attractiveness. To them, it’s all about biology. And that’s a cop-out. Biological determinists would like us to believe that some of us are simply not built according to standard. But who sets the standard? Is there any surprise that black women are rated less attractive? After centuries of degrading images of black women (e.g., mammies, welfare queens, Jezebels) promoted through an ideology, culture and media that marginalizes women who don’t fit the beauty ideal, these findings are not the least bit surprising. To present them as if they were objectively determined based on genetics is outright irresponsible.