Reflecting on Dallas and a Black Lives Matter protest that that I decided to join as I left dinner last night. I didn’t know it was happening but as I was heading to my car I saw people marching to the White House. As I stood with others chanting, shooting video, and listening to the speakers, I was inspired to see young people leading the protest, so many of them remind me of my students at Howard University. It was a beautiful display of people, blacks, Latinos, Asians, whites coming together in response to the deaths of Alton Sterling and Philando Castile this week. 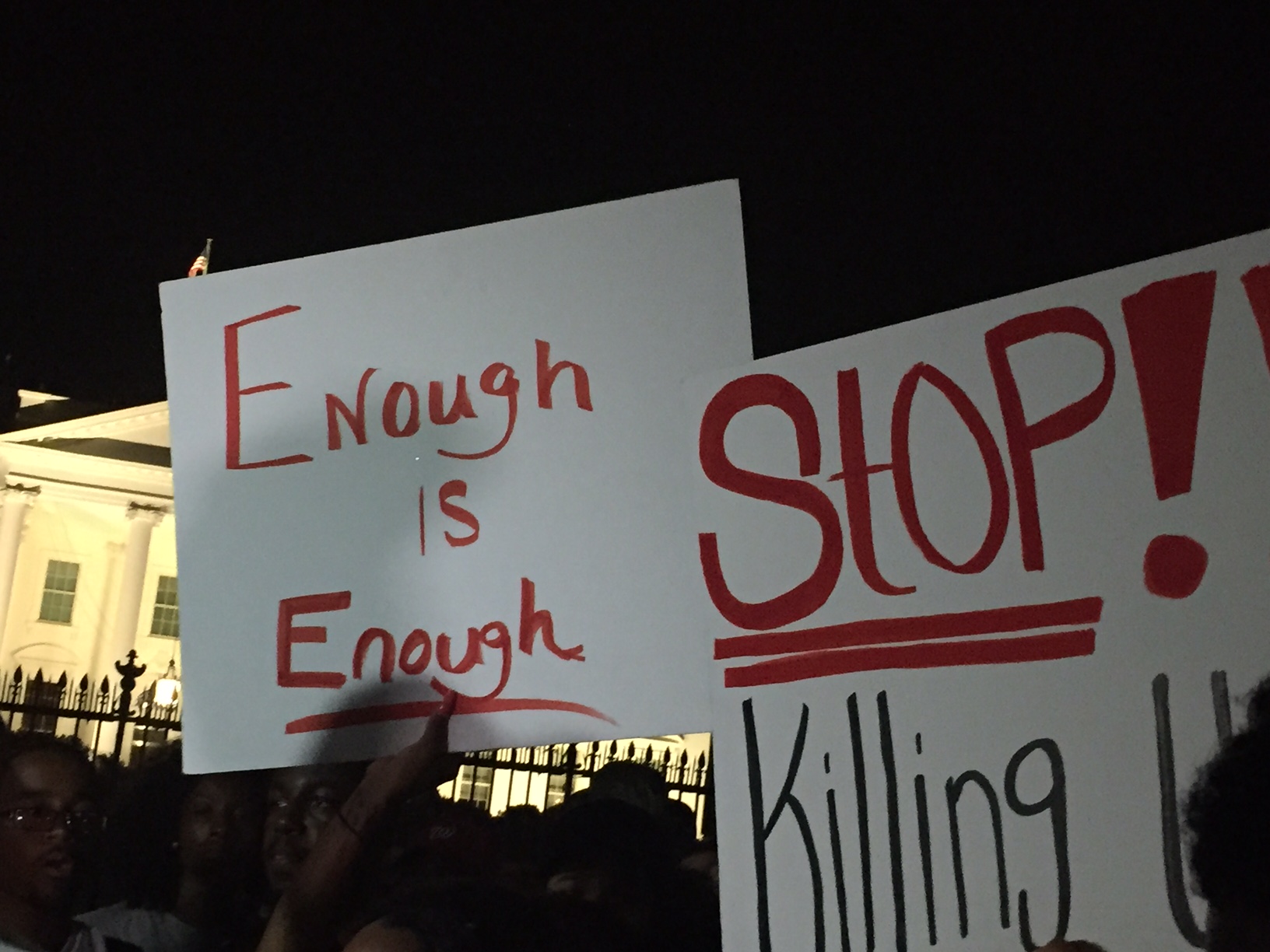 So I was shaken when I came home last night to hear about what occurred in Dallas. I have been to several Black Lives Matter protests and have never felt unsafe. Quite the contrary, I have felt enveloped in unity, love and the beauty of people standing in their power. To see violence at one of these events is more than unsettling. My heart hurts for the slain police officers and their families. My heart hurts for the families of Alton Sterling and Philando Castile. My heart hurts because who ever committed the shootings used the cover of a Black Lives Matter protest to take lives. People who participate in BLM demonstrations want to save lives. People who show up at BLM events want to live in peace and know we can’t get there if black people are living in fear of a police encounter turning deadly.

We don’t know much about the suspects in Dallas but I worry that the response will be more police violence and a chilling effect on BLM protests. I am trying to find a bright spot today because I don’t want to be afraid to show up to a protest. I see what these protests do. They inspire, they move people to action. They are release valves and they make our pain visible. They keep the pressure on public officials.
We have to keep showing up for justice.