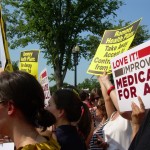 With Obama-bashing at fever pitch in certain circles, some reactions to our Netroots Nation panel demonstrate that disappointment in the president can overshadow meaningful attempts to reach out to voters.

The lack of diversity in the media has long been a source of frustration for media watchers. Turn on network or cable television and its clear that the value of racial, ethnic and gender diversity continues to be ignored by decision makers at mainstream television broadcast outlets. The result of the lack of inclusion of new and varied voices in the national media is a largely white, male, elitist perspective devoid of the richness and complexity of American experiences. “We live in the most multicultural, multiracial, and multiethnic America ever, but there is no appreciation for diversity in our conversations and in the media,” said PBS talk show host Tavis Smiley during our one-on-one telephone interview today.

In an increasingly unpredictable midterm election cycle, young voter turnout could make a difference in highly contested races around the country. With President Obama on the campaign trail and new efforts to reach targeted demographic groups including millennials, there is still time to turn out the vote among key Democratic constituencies. But it will not be easy. Young voters are still not inclined to head to the polls. 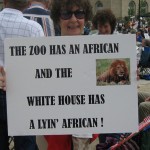 In the wake of the election of President Obama, the mainstream media posited the false notion that America was now in a ‘post-racial’ era in which the civil rights battles of the past were no longer relevant.