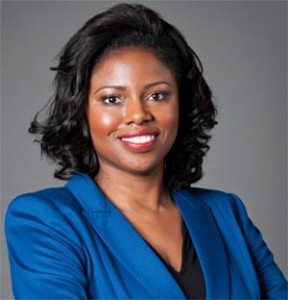 Judy Lubin, PhD, MPH is a sociologist, policy analyst, and principal of the Center for Urban and Racial Equity, a strategic research and consulting firm that partners with people and organizations to advance equity through policy, systems, institutional, and community change. Dr. Lubin is also a researcher and adjunct professor in the Howard University Department of Sociology and Criminology where her research focuses on race, gentrification, health and social policy. She is a former Congressional Black Caucus Foundation Public Health Fellow, and a frequent lecturer and speaker on health policy and urban health disparities.

Dr. Lubin’s policy and advocacy expertise includes more than 15 years of experience raising awareness and support for some of today’s most pressing women’s, health and social issues in leadership positions with national advocacy and public policy organizations. She has led projects and crafted messages addressing an array of social and policy topics including housing, education, civil rights and public health. Most recently, she spearheaded and was the lead author of Sociologists for Justice’s public statement in response to the shooting death of Michael Brown and police suppression of protests in Ferguson, Missouri. A first-of-its-kind effort to unify and leverage the expertise of sociologists in the context of an ongoing, national public crisis and debate, the statement garnered nearly 2000 signatures from scholars and experts at universities, think tanks and independent research firms.  Professor Lubin regularly writes about the intersection of race, politics and media on her site and as a contributor to the Huffington Post. She has also published peer-reviewed articles on the Affordable Care Act and Occupy Wall Street and has received support from the Harry S. Truman Presidential Library for her research on race and the politics of health reform. She has been featured on national and local media including The Wall Street Journal, PBS.org, Baltimore Sun, Ebony Magazine, theRoot.com, Chicago Sun Times, Reuters, XM Satellite Radio, Diverse Issues in Higher Education, among others.

Committed to promoting women’s heart health, Dr. Lubin was a spokesperson for the Cheerios Circle of Helping Hearts national women’s heart health campaign and a recipient of the General Mills Foundation’s Cheerios Sisters Saving Hearts award  for her Heart and Style initiative to prevent heart disease among African American women.